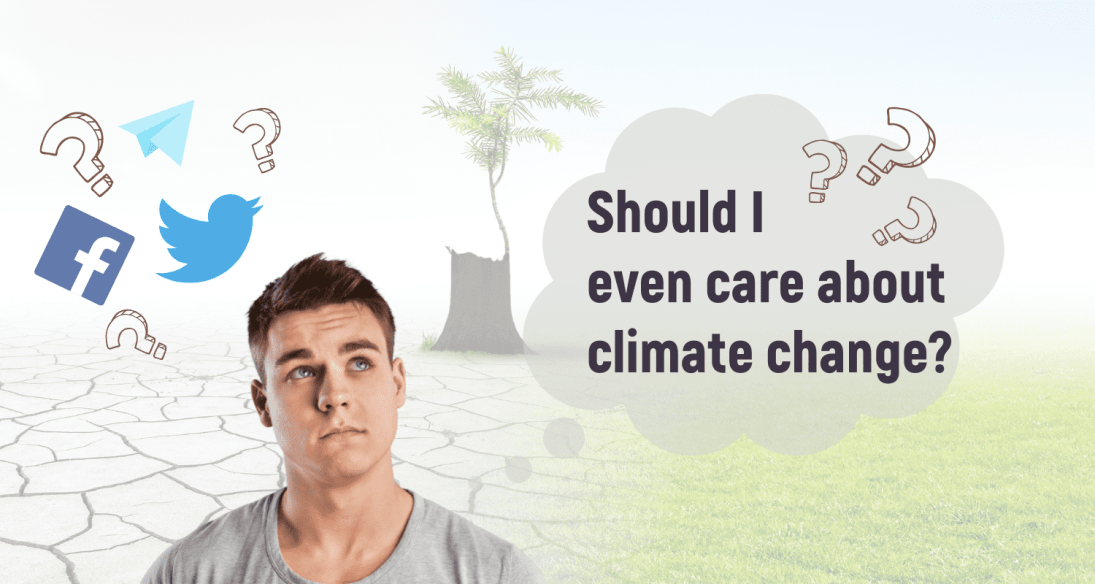 Last month the United Nations Climate Change Conference gathered presidents of the most economically developed countries to debate and look for solutions concerning the Paris Agreement goals. However, one other problem deserves as much attention and is as crucial to achieving our climate goals. Climate denial and climate misinformation. How do we cope with climate misinformation?

A recent editorial by Nature.com identifies the five most common statements around climate misinformation:

And we all know that words have immense power over us.

Especially, when it comes to our future wellbeing and sustainable prosperity, words can be a dangerous game. It’s high time we put an end to greenwashing and prevent big companies, and the media from undermining the science behind climate change.

A wolf in a sheep’s clothing

For the past decades, lobbyists and advertisers have orchestrated a campaign of doubt and confusion to outspread climate denial and climate misinformation to customers and voters.

A few years ago, an investigation led by InsideClimate News revealed that Exxon knew about the impact of climate science forty years ago and then they chose to do nothing. According to a Scientific American editorial, when NASA scientist James Hansen warned that the planet was already warming back in 1988 during a congressional hearing, Exxon remained publicly convinced that the science was still dubious.

Furthermore, some experts claim that Exxon played a huge role in preventing the U.S. from signing the Kyoto Protocol back in 1998. According to Greenpeace, Exxon has spent more than $30 million on think tanks promulgating climate denial messages and policies for the last couple of decades.

Another evidence for climate misinformation campaigns can be found in an investigation paper called the Climate Deception Dossiers. The latter reveals an excerpt from a nine-page strategy memo written in 1998 by a team convened by the American Petroleum Institute (API) that says:

“Victory will be achieved when average citizens “understand” uncertainness in climate science”, and furthermore: “Those promoting the Kyoto treaty on the basis of science appear to be out of touch with reality“.

A lie repeated a thousand times becomes the truth

To deepen the climate misinformation problem, different organizations have reported that recently such climate denial messages have spiked online. According to BlackBird.AI, more than 14% of the millions of surveyed posts on social media such as Twitter and Telegram seem to undermine the scientific consensus around how big a role humans play in climate change.

The nonprofit Center for Countering Digital Hate (CCDH) also released a report revealing a small group of publishers who has pushed content on Facebook that again undermines climate science. Furthermore, the “Stop Funding Heat” campaign found at least 113 ads on Facebook between January and mid-October this year that undermined climate science. They estimated that those messages had been seen millions of times.

A game of obstructionists

While more and more businesses actively push their strong narratives around how climate-conscientious they are, when it comes to money, Bloomberg found out that one of the world’s biggest companies spent even more money to support Congress climate-obstructionists.

Bloomberg Green examined political donations by businesses in the S&P 100, including large U.S.-based corporate contributors to climate change identified by the Climate Action 100+. It turned out that for every dollar these corporations gave to one of the most climate-friendly members of Congress during the 2020 elections, they gave $1.84 (nearly twice as much) – to a fervent obstructionist of climate-conscientious policy.

Companies like Microsoft, Boeing, Coca-Cola, Johnson and Johnson, Wells Fargo, Exxon Mobil all made the list of climate-obstructionist supporters, whereas Amazon, Salesforce, and Nike seem to be promoting more climate-friendly policies. It is also worth saying that tech companies had the most climate-conscious spending overall from all examined companies.

Another analysis of the climate positions on 20 big pro-climate companies based on their approach to the Build Back Better Act reveals that only eleven companies are only partially engaged with the pro-climate bill.

The road not taken

Unfortunately, pro-climate efforts still lack solid support and climate misinformation prevails. One swallow doesn’t make a summer. And so if we want to shift to more sustainable and climate-friendly business models, we need to become more conscientious about the choices we make.

Where does your money go?

Do your partners and supply chains measure and work to improve carbon footprint?

⟨ Bulgaria Has Its EBSI Node Live  |  Why You Need to Improve Indoor Air Quality? ⟩