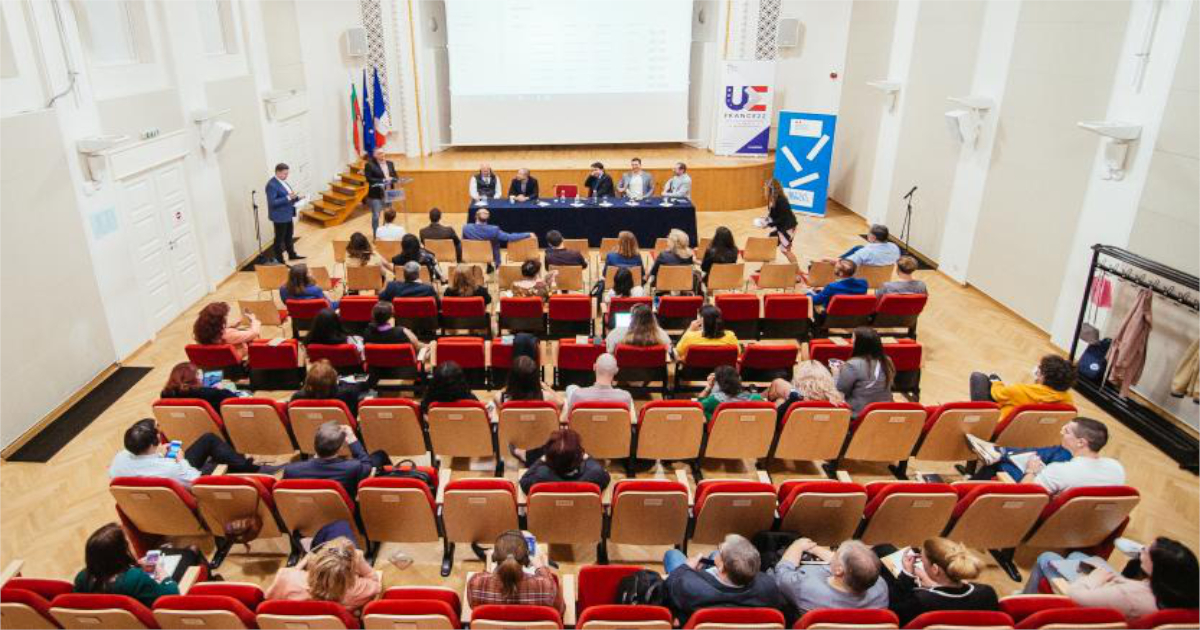 Blockchain technology has the power to revolutionize businesses and the public sector, and people and governments should work together to harness it. This was one of the key takeaways from The Future of Public Services Powered by Blockchain conference that took place in Bulgaria’s capital Sofia on May 12.

EBSI: Defining Value for Blockchain Solutions in the Public Sector

The event gathered government officials and industry experts who revealed important highlights on the benefits of using decentralized networks to advance the public sector. The organizers from the French Embassy in Bulgaria, the French Institute of Bulgaria, and Startup Factory hosted a variety of discussions and presentations on the positive impact of the European Blockchain Services Infrastructure (EBSI) and the possible scenarios for using blockchain technology in the public sector and the business world.

“In fact, I have believed for many years that blockchain technology can have a very good application in the public sector; and not only as a technological solution but also as a solution that will bring back the trust in institutions,” said Bulgaria’s Minister of Electronic Governance Bozhidar Bozhanov in his opening speech. He underlined that EU initiatives like EBSI are crucial in defining how to use blockchain meaningfully in the public sector. Bozhanov committed to supporting such projects and stressed the importance of trans-border partnerships in their implementation.

“The European Union’s aim is to have at least 80% of citizens using digital ID to access public services in the next eight years – by 2030. My hope is that blockchain will be at the heart of this endeavor, and this is why digital education among citizens is very important, if not vital,” said Eva Maydell, Member of the European Parliament, in her opening speech at the conference. Maydell stressed the revolutionary role of blockchain in digitalizing public services. However, she stated that officials and media often neglect the topic. In her words, the European Parliament and the technology sector work to educate the broader audiences on the nature of blockchain technology and how it operates.

“I am very happy to say that already back in 2015, together with partners from the business and NGO sector in Bulgaria, we created a platform called ‘Education Bulgaria 2030.’ Some of the biggest private companies, non-government organizations, and prominent public figures worked together there towards a common vision of a better, more relevant, and a digitally-oriented education,” she stated. Maydell explained that addressing the digital skills gap can be the driving force behind promoting blockchain solutions across society.

Eva Maydell stated that the EU Digital Wallet project would be an opportunity to achieve this result by showcasing blockchain’s real added value to society. She also talked about the importance of trust and transparency in digitalizing the public sector.

The Cherry on Top: Blockchain to Steer an Economy with Increased Transaction Volume

A major highlight of The Future of Public Services Powered by Blockchain conference was the discussion panel addressing the topic of blockchain as a means for greater transparency and accountability in the public sector and the challenges to implementing it. The panelists included Minister Bozhanov, Vince Meens, Global blockchain advocate and entrepreneur, Ivan Vasilev, board member at the Bulgarian Startup Association BESCO, Kalin Slavov from Transparency International Bulgaria, Todor Kolev, founder and CEO of Obecto; and Vladislav Dramaliev, founder of Sofia Crypto Meetup.

Meens addressed the role of blockchain in building the self-sovereign aspect of identity. He expressed the belief that social capital will become very valuable in the future. “I think we will start having a lot of different – I call it ‘social validations’ – that might be worth more in the future than the actual traditional validations by a central authority,” he said. Meens also shared valuable experiences from the public service use of blockchain in the Netherlands, such as regulating the carbon footprint of individuals on an annual basis.

Throughout the years, the state has been unable to deliver administrative services comparable in quality to those of the private sector, Bozhanov said as he pointed out the importance of private-public cooperation in implementing blockchain solutions. In his words, the Bulgarian state is willing to partner with businesses in using the latest technology solutions while maintaining the institutional trust levels.

“One of the main reasons to use blockchain in public services is to increase the level of trust in institutions,” Vasilev added. He said that using decentralized networks and including as many participants as possible to guarantee the quality and trustworthiness of services would help the process. Vasilev stated he believed the Bulgarian public institutions are open to implementing blockchain and advancing digitalization.

Before applying blockchain solutions, the panelists united on the importance of achieving a certain level of digitalization in the public sector. “Blockchain should be the cherry on top,” Dramaliev said.

One of the most meaningful perspectives for which blockchain could be used is to open the public infrastructure to private companies, Kolev expanded. “A very important need of the businesses now is the digitalization of actives,” he explained. This will facilitate the ability to perform transactions, Kolev said. He elaborated on decentralized autonomous organizations (DAOs) and discussed the topic of self-sovereignty. In Kolev’s words, we might witness blockchain states’ rise during the next few decades.

Meens jumped in to point the attention to the increasing split of identity and its multiple aspects, such as e-residency. He said people are already starting to shop for different jurisdictions and better tax environments. In his words, we are a small step away from citizens looking to choose from various blockchain-based alternatives to traditional public institutions.

“The number of people interested in public blockchain technologies is increasing,” added Dramaliev. Therefore, he said that people and institutions need to work together. Dramaliev explained the benefits of blockchain-created network effects and the importance of using the same ecosystem standards across the EU. Slavov added that besides having common standards, scalability is also essential.

Referring to the global scene, Kolev said, “blockchain allows for new transactions, which were impossible until now, and it helps old-type transactions to happen faster.” He explained that the world is being virtualized, and blockchain will increase the speed at which economies function. “In other words, I believe that, in the future, blockchain will be precisely the drive to have an economy with an increased transaction volume,” he concluded.

In such a new world, the role of Bulgaria would be to serve as a magnet for blockchain-driven businesses, Vasilev added. “I believe we can achieve this as long as we have the drive and the will to do so,” he ended the discussion.