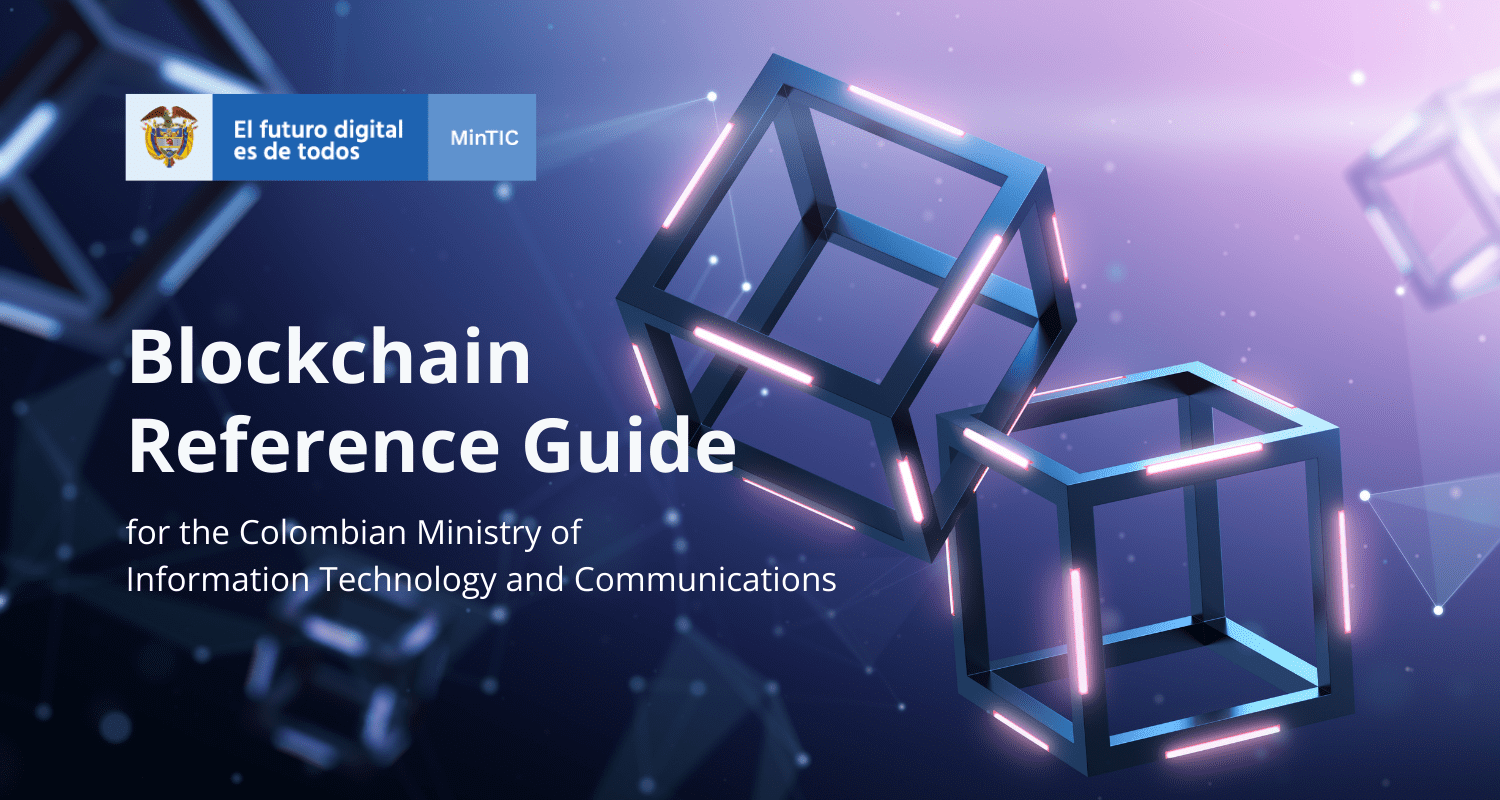 ReCheck’s CTO, Dr Emil Stoyanov is one of the expert contributors who has helped shape the Colombian Blockchain Guide – an initiative that was led by the Colombian Ministry of Information Technology and Communications. The reference guide provides input and recommended tools so that public entities have a better understanding of how blockchain can be utilised in the digitization processes of the State.

The Reference Guide advises interested entities on topics such as how blockchain projects should be executed in public management to support the general improvement of the well-being of citizens and the services provided by the State. Additionally, the State of Colombia plans to use blockchain to improve the audit of control bodies and also bring more transparency in the public entities’ processes.

Immutability of the records: Given the nature of blockchain, data is stored encrypted and irreversible, which means that data records cannot be altered or deleted once they have been created. As a result, blockchain offers a feature that strengthens transparency in the executed transactions.

To utilize technology in the best possible way, one must have in-depth knowledge of how blockchain technology works. Our CTO, Emil Stoyanov provided some expert advice to help shape the Colombian blockchain Guide.

The recommendation document that ReCheck provided includes essential information as to what are some functional and non-functional requirements of the particular project, interface specification, and smart contracts development. Additionally, there is the need for establishing higher-level APIs to make the blockchain easier to use and adopt. Then the user interface should provide meaningful feedback about the state of the transaction without blocking the operations of the user.

Furthermore, the input provided some more guidance toward what kind of blockchain network should be utilized – what are the pros and cons of public and private networks, and which approach is the best. The guide also includes keynotes to how should blockchain be integrated to achieve higher reliability in case blockchain connectivity suffers.

Last but not least, it is important for the components that have been developed for or within the system to go through a comprehensive testing cycle. It is also critical to examine the consequences for the system functionality in case of smart contract delays or transaction denying. To ensure the successful and efficient adoption of a blockchain project, you also need to provide exhaustive user manuals for experts and the broad public.

Possible Use Cases for the State of Colombia

This year, the Colombian government aims at having up to ten different blockchain projects running with the support of the private sector and academy. In 2020, Colombia was one of the stakeholders led by the WEF to investigate, design, and trial the use of blockchain technology for corruption-prone government processes. Some particular use cases include health and voting, for example.

According to the Colombian Blockchain Guide, blockchain can protect the supply chain of medicines against counterfeiting. It can also improve patient-doctor communication, through incorporating management systems based on blockchain.

A blockchain-based system will offer full transparency and thus mitigate possible illegal practices during elections. It can help improve democracy through the development of applications that enable electoral transparency in electronic voting. The High District Council of ICT and the District Secretary of Education, through ViveLab Bogotá, developed an experimental process for digital elections of student representatives, using blockchain as a possible use case.

In Colombia, the first blockchain pilot was carried out with the National Land Agency. The project developed a prototype that allows the encrypted storage of titles and supports the restitution land adjudication process. The solution mitigates risks of manipulation, non-consensual adjustments, or omission of resolutions after their issuance by the Land Agency.